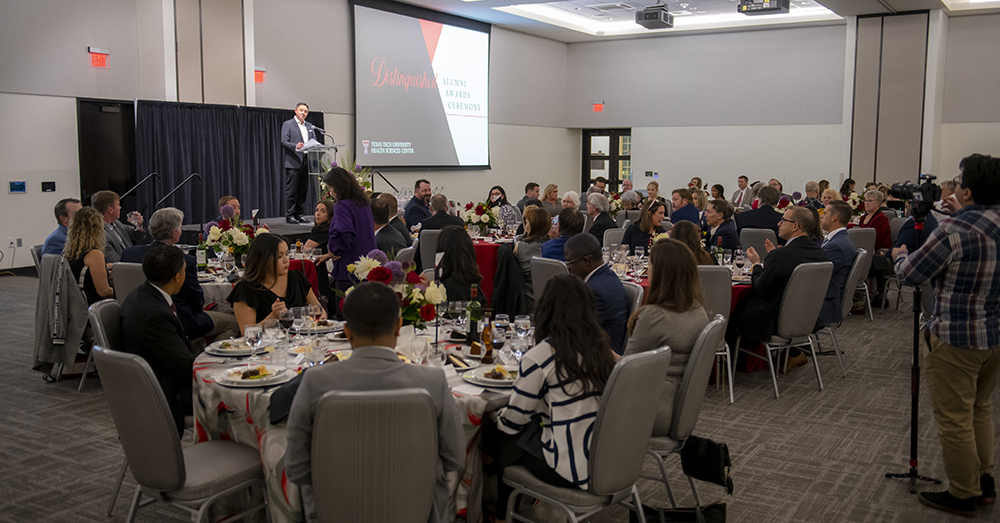 John Cheng, M.D., was known to many as a protector — protector of family, patients and many times protector to strangers. Cheng’s heroic actions saved dozens of lives on May 15, 2022, when he tackled a gunman who opened fire on members at the Geneva Presbyterian Church in California. Cheng was killed in the attack that left five other parishioners wounded.

Cheng’s wife Elise was presented the first TTUHSC Presidential Award for Heroism to honor him posthumously at the TTUHSC Distinguished Alumni Awards Ceremony on Oct. 21. Cheng, the son of a physician, was respected for his knowledge of nutrition and sports medicine, and was an accomplished master in Martial Arts instruction.

TTUHSC President Lori Rice-Spearman, Ph.D., said it is rare, outside of the military or first responders that someone gives their life to protect others — an ultimate sacrifice. This award represents the highest award bestowed upon the TTUHSC alumni. 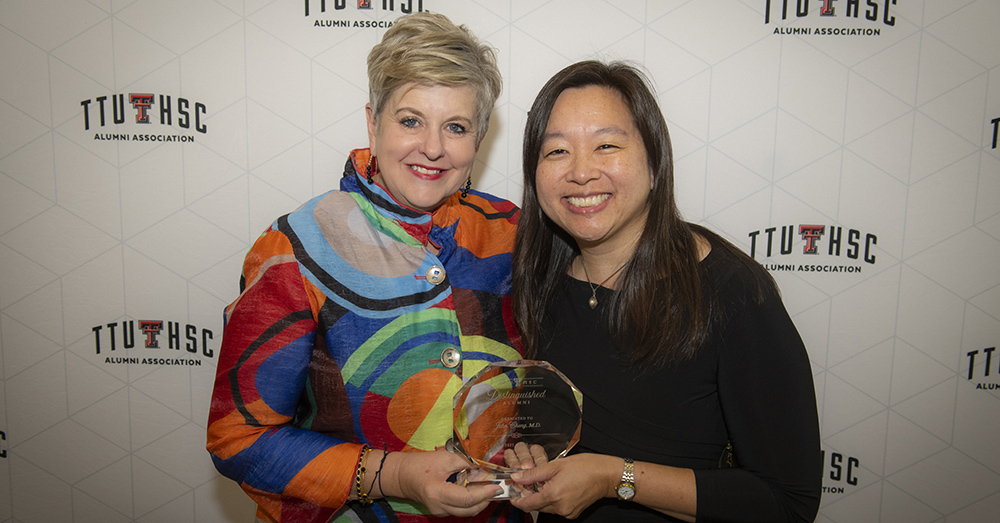 “Dr. Cheng’s heroic acts reflected his lifelong dedication to service,” Rice-Spearman said. “In a moment of crisis, he placed the lives of his neighbors before himself — and by every account, that act of selflessness and courage, which cost him his life, saved the lives of many others. It was heroism in its purest form. We are deeply proud to honor the example and the legacy he leaves behind.”

Cheng was a 1995 graduate of the TTUHSC School of Medicine. He completed his residency at UCLA David Geffen School of Medicine and the Kaiser Permanente Southern California in Los Angeles. He also completed a fellowship at the Kaiser Permanente Southern California in Fontana. He earned a reputation as an energetic student and resident who was deeply devoted to patient care and carried that same ethic to his practice in Southern California, where he served the community as a beloved family and sports medicine physician. Cheng’s colleagues at South Coast Medical Group said his heroism saved so many people, not only at that church, but throughout his career. 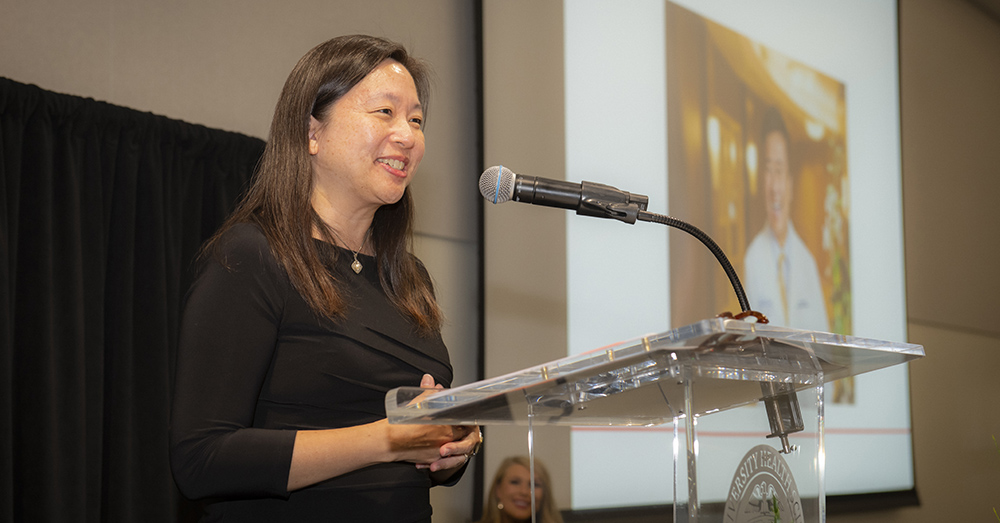 “On behalf of my family, I would like to thank our Texas Tech University Health Sciences Center family for honoring my husband, John, in such a heartfelt and meaningful manner,” Elise said. “We believe the Texas values of kindness, empathy and humility John learned growing up in Marshall and attending school in Waco and Lubbock molded his view on life and his vision on the doctor-patient relationship he strived to create. For my husband, his patients were extended family members and he partnered individually with them to motivate and support their health care journey. John’s genuine connection with his patients will remain the hallmark of his medical legacy.”

“Dr. Kiper’s contributions to nursing is remarkable,” Rice-Spearman said. “Her work speaks for itself in terms of her expertise as a nurse, her strength in facing adversities and her compassion to serve others who share her passion for nursing. We are honored to celebrate her successes as a practitioner, businesswoman, mentor, philanthropist and champion of all things TTUHSC.” 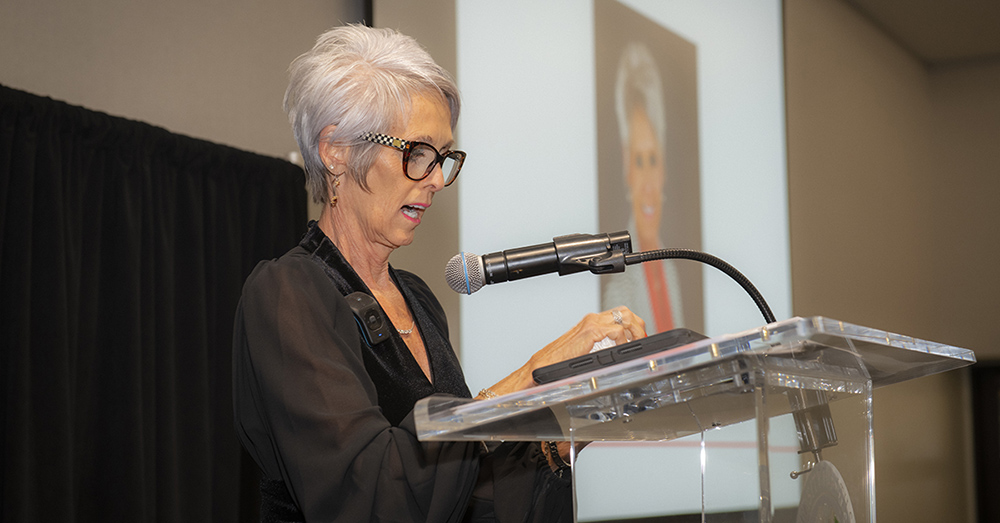 Kiper received her Doctorate of Nursing Practice in Executive Leadership from TTUHSC School of Nursing in 2013. She has 43 years of nursing experience and 37 years of health care management experience in acute care settings serving in various executive nursing leadership roles and corporate leadership roles where she was instrumental in creating needed service lines, new nursing care models and nursing leadership infrastructure. She is involved in various professional organizations where she has held leadership positions, and she has served on the Texas Organization of Nurse Leadership Board of Nursing’s Eligibility and Disciplinary Advisory committee, American Organization of Nursing Leadership Legislative committee and the Texas Board of Nursing Differentiated Essential Competencies committee. She also was appointed by Gov. Rick Perry to the Texas Office of Prevention of Developmental Disabilities Executive Committee. Kiper holds a certification in nursing administration from American Nurses Credentialing Center.

In 2016, Kiper founded the Panhandle Great 25 Nurses, a collaboration between several Panhandle health care facilities, nursing organizations, local nursing schools and school districts. To date, the Panhandle Great 25 Nurses has provided more than $75,000 in nursing scholarships and recognized more than 150 outstanding nurses in the Texas Panhandle. After being diagnosed with amyotrophic lateral sclerosis (ALS), she has worked tirelessly to raise money for Team Gleason to help this national organization provide technology and assistive devices to those affected with ALS, and to bring awareness to this fatal disease.

“I'm so very proud of our entire alumni family and the work they do each day to transform health care through innovation and collaboration,” Rice-Spearman said. “Our Distinguished Alumni Award recipients are so deserving of this recognition, and we’re honored to celebrate them for being such amazing ambassadors for our university.”