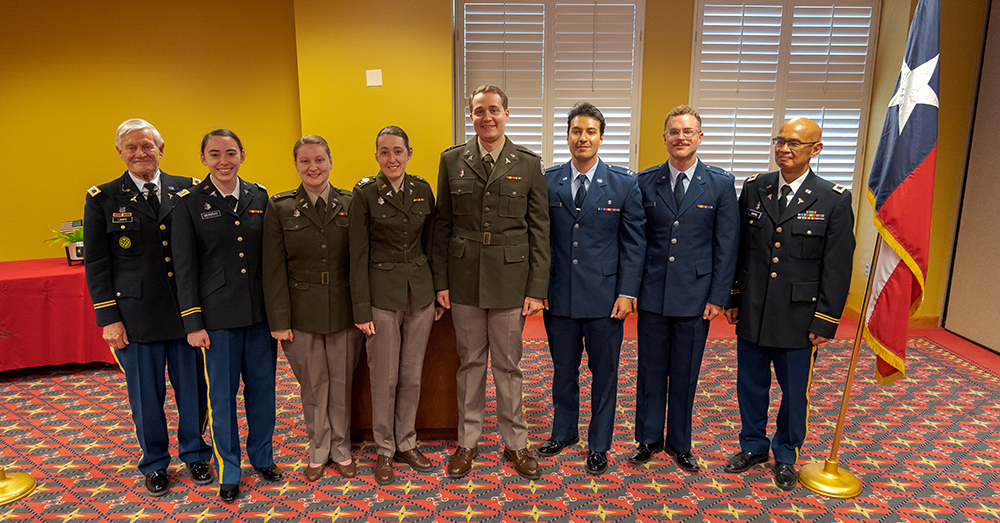 Students who will serve in the U.S. Air Force and Army took the oath of office and received military promotions to the rank of captain.

The ceremony was led by Richard Lampe, M.D., retired military and professor of the Department of Pediatrics. Lampe was awarded the American Academy of Pediatrics Section on Uniformed Services Outstanding Service Award, a special recognition in rotation among the U.S. Army, Navy and Air Force to a present or former uniformed services pediatrician for outstanding lifetime services to the military and pediatrics.

The following School of Medicine graduates will serve honorably in the U.S. military:

The U.S. Military Oath of Commissioned Officers is as follows:

“I do solemnly swear that I will support and defend the Constitution of the United States against all enemies, foreign and domestic, that I will bear true faith and allegiance to do the same; that I take this obligation freely, without any mental reservations or purpose of evasion; and that I will well and faithfully discharge the duties of the office upon which I am about to enter; so help me God.”