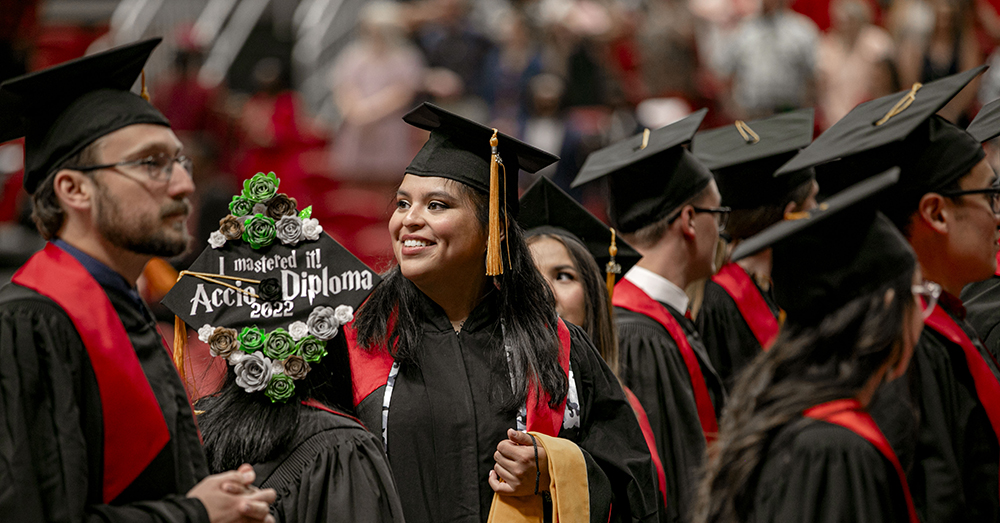 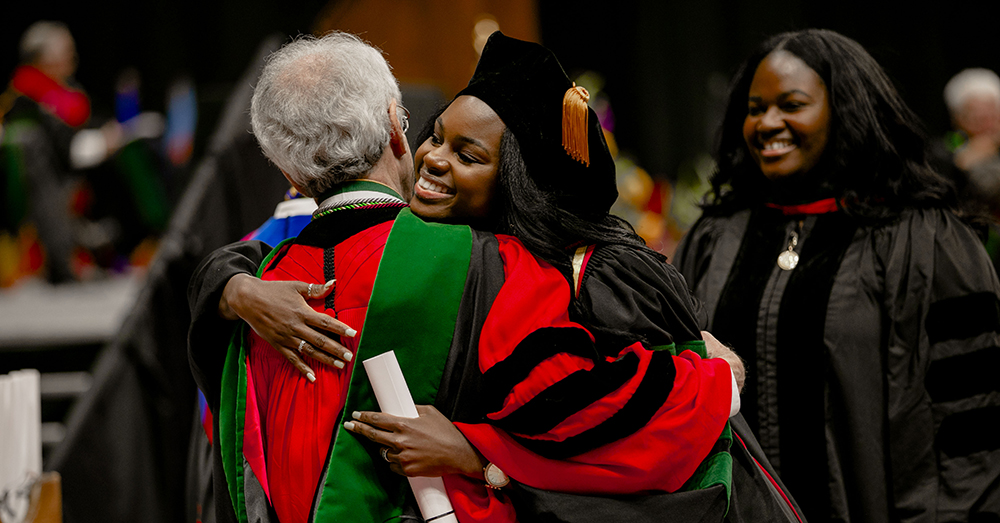 Class of 2022 members from the Jerry H. Hodge School of Pharmacy received their diplomas May 21 in a morning ceremony at Hodgetown Stadium in Amarillo, while the School of Medicine graduates were honored May 23 at United Supermarkets Arena.

“We are incredibly proud of our graduates across Texas Tech University Health Sciences Center who have completed a rigorous course of academic and clinical training in their fields of study and will now go on to transform health care,” TTUHSC President Lori Rice-Spearman, Ph.D., said. “The Class of 2022 embodies the values that we instill as a university, and additionally, they confronted many unique challenges that have sharpened their perseverance. The TTUHSC family congratulates each graduate and we look forward to witnessing the impact they will make in society.” 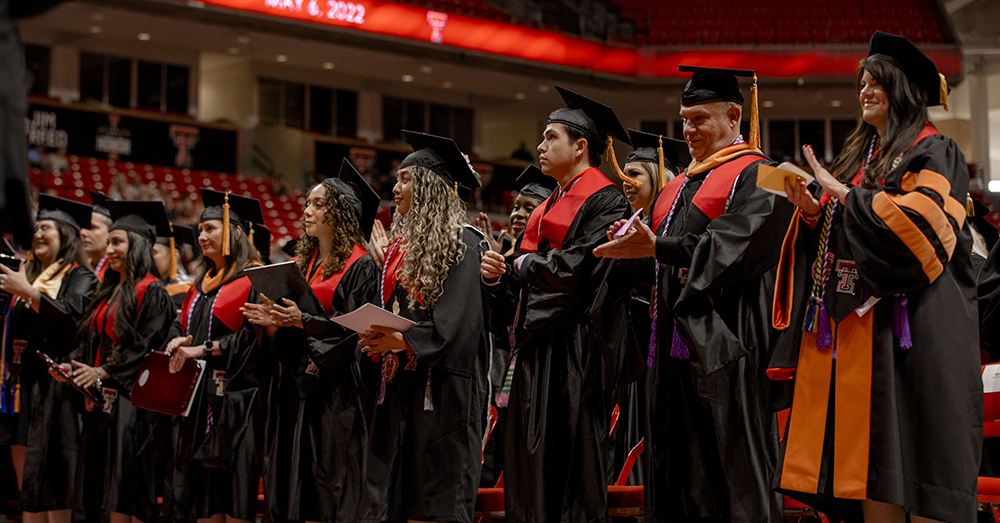 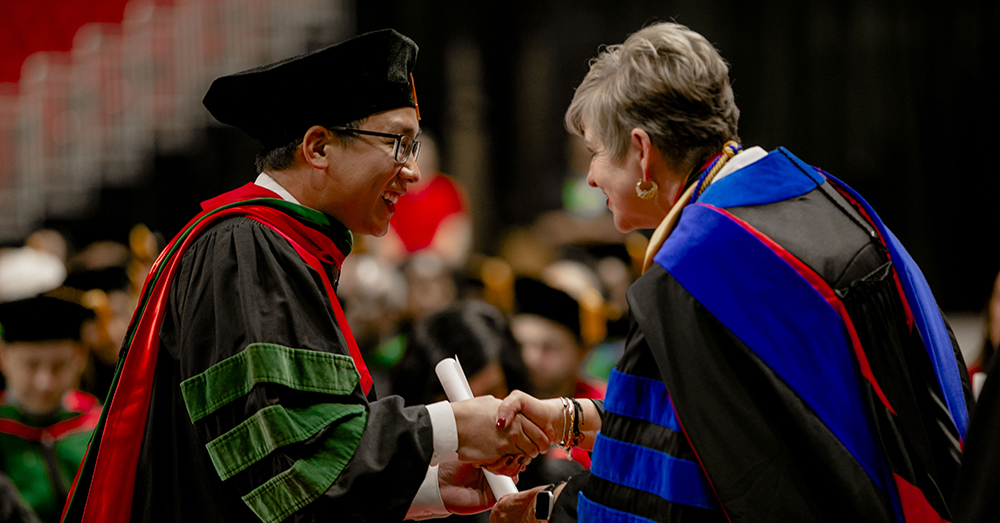 The Jerry H. Hodge School of Pharmacy recognized the 127 members of its Class of 2022 who completed their degrees at the school’s campuses in Abilene, Amarillo and Dallas. Madeline Scarbrough earned the school’s top two honors: the Banner Bearer Award for having the highest GPA among the graduating class and the Bowl of Hygieia, the school’s highest student honor that is presented annually to the graduate that best exemplifies the qualities of a fine pharmacist, including high ethics, compassion and commitment to the profession. She is the first graduate in the history of the school to earn both awards. Other pharmacy graduates recognized for their achievements included Ross Singletary (Wolters Kluwer Excellence in Clinical Communication Award), Scarbrough (Excellence in Geriatrics Award), Alyssa Teichman, (Community Outreach Award of Excellence), Lou Angeline Leano (Superior Patient Care Award), Karen Gonzales (Excellence in Community Practice Award), Kaylee Martin (Viatris Excellence in Pharmacy Award), Adolfo J.R. Olivarez III (Excellence in Ambulatory Care Award), Alexis Orozco (Excellence in Correctional Managed Care Award), Lillian Thai (Excellence in Inpatient Clinical Practice), Aaron Woodward (Excellence in Pediatrics Award) and Myla Bhakta (Hannah L. Thompson Perseverance Award). 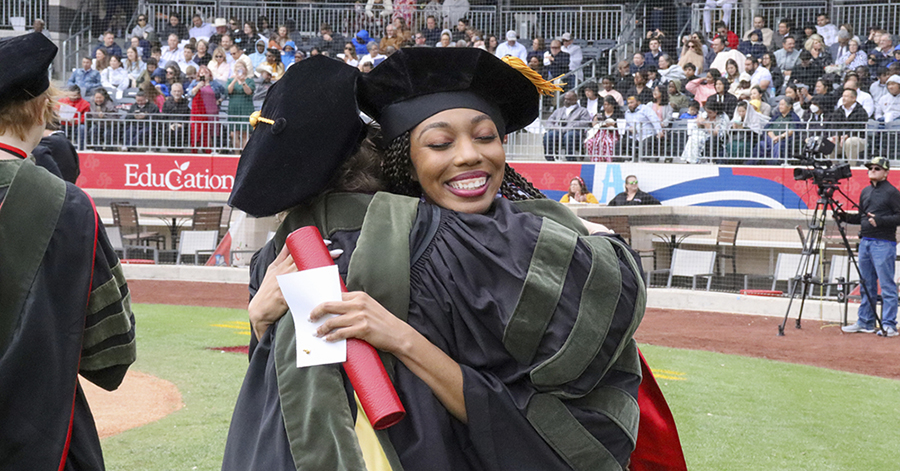 The 2022 ceremony also was the final commencement as dean for Quentin Smith, Ph.D., who served as the school’s second dean since 2012. He officially handed the school’s leadership reins to Grace Kuo, Pharm.D., Ph.D., who began her tenure May 16.

The 180 members of the School of Medicine Class of 2022 received their diplomas at Lubbock’s United Spirit Arena. Hunter Miears (Covenant campus) and Ryan Keck (Permian Basin campus) received the Dean’s Recognition Award, and Angela Abraham (Amarillo campus) was named recipient of the Dean’s Highest Academic Achievement Award and the John Aure Buesseler Memorial Award for student excellence. Seth Swinney earned the Gold Headed Cane Award as the individual selected jointly by students and faculty who best exemplifies those attributes that are most desirable in the competent and caring physician.