Board of Regents Approves Appointments of Grover E. Murray Professors

Board of Regents Approves Appointments of Grover E. Murray Professors

Grover E. Murray Professors are faculty members who have attained national and international distinction in their fields for outstanding research, excellence in scholarship and creative achievement.

“Professors Sancibrian and Hale deserve this prestigious appointment solely based on their qualifications,” TTUHSC President Lori Rice-Spearman said. “However, their contributions both on a personal and professional level make them outstanding experts in their fields. Countless children and their families have benefited from their innovative approach to clinical care. As faculty members, they have greatly impacted their students and colleagues through academic and clinical expertise, leadership, mentorship and relationships. They are among our innovators and collaborators for transforming health care, and I’m honored to recognize them as Grover E. Murray Professors.” 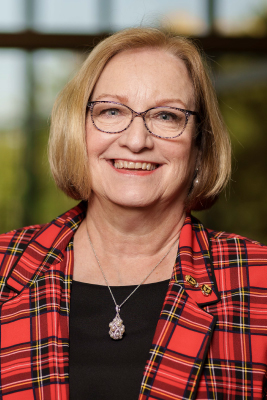 Sancibrian, a professor in the School of Health Professions, has been a faculty member with the Department of Speech, Language, and Hearing Sciences since 1984. She is associate chair for the department and program director for the Master of Science in Speech-Language Pathology. She also is the associate dean for academic affairs for the School of Health Professions. In addition to being a Board-Certified Specialist in Child Language, she is a licensed and certified speech-language pathologist. 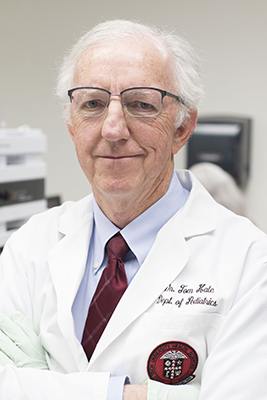 Hale, a professor of pediatrics and executive director of the InfantRisk Center, joined the TTUHSC School of Medicine Department of Pediatrics in 1981. He is an accomplished researcher with more than $2.7 million in research grant support. These grants have led to more than 50 publications, along with more than 40 abstracts and case reports, five published books and more than 30 chapters written for various books and textbooks in the United States and abroad.

He has amassed numerous awards from TTUHSC, as well as outside entities, and is considered one of the foremost experts in the field of perinatal pharmacology and the use of medications by pregnant and breastfeeding mothers. His expertise led to the creation of two smart device applications, developed by the InfantRisk Center. MommyMeds© provides fast, convenient access to up-to-date and evidence-based information about prescription and over the counter medications and their safety to pregnant and new mothers. The InfantRisk HCP©, which was written for clinicians, provides access to evidence-based information about medications and their safety during pregnancy and breastfeeding.

Hale is an accomplished author and recently published the 20th edition of his book, “Medications and Mothers’ Milk,” with Springer Publishing of New York. This book is sold worldwide in four languages, and has sold over 1.5 million copies to date.